Tierra del Fuego’s Southern King Crab: A Seafood Feast at End of the World.  No trip to Tierra del Fuego, commonly called “the end of the world,” is complete without a taste of fresh king crab, freshly plucked from the freezing waters at the extreme southern tip of Argentina. It starts with a boat trip or coastal walk and ends with the cracking open of shells in front of a roaring fire, in full view of snow-capped mountains.

The one-of-a-kind experience of savoring this seafood delicacy is why visitors, both Argentine and international visitors alike, come to the tiny waterfront village of Puerto Almanza. The settlement sits on the Beagle Channel, which runs through the Tierra del Fuego archipelago, where penguins, leopard seals and seagulls outnumber humans. Nearly everyone who lives here works in the fishing industry in some capacity, searching the clear, cold waters for snow crabs, mussels, trout, salmon and – most important of all – the spiky, orange-red centolla, or king crab.

Southern King Crab: The Journey from Sea to Plate

Fishing – and eating – king crab is a tradition in Puerto Almanza. That’s why Diana Méndez and her husband Sergio Carrera opened Puerto Pirata, a sort of South American crab shack, two years ago to introduce people to each part of the journey the giant crustacean makes from sea to stomach. They take turns bringing guests out on their nimble Zodiac MK5, taking them to the undersea nurseries where the crabs live, before serving them in their intimate wooden cabin with views of the water against a background of majestic mountains in the distance.

Valparaiso to Ushuaia
Ushuaia to Valparaiso

South American king crab, in particular, is prized for its tender and luscious white meat that tends to be sweeter and more delicate than what you’ll find from its counterparts in Alaska and Europe. “It’s not the same species that exists in other seas,” Méndez explains. “It’s often compared to Alaskan king crab, but that’s a different species. Those who have tried both say that this crustacean has a different texture and flavor.” The extreme freshness of the southern king crab meat complements its uniquely delicious flavor – at Puerto Pirata, you’ll pluck your own centolla crab from the water and eat it just minutes later.

Adventure Out on the Water

Guests begin their journey by pulling on neon life jackets and boarding the Zodiac for the 15- to 30-minute trip out into the strait that is home to the deep-water nurseries. Traps here are primed for catching king crabs. They spend their lives crawling along the seabed and growing ever larger as they scavenge for food.

Hauling the cages up with thick ropes takes serious upper body strength and a good few minutes of your time, but the reward is getting to take your pick from the haul. Adult crabs can reach several kilos (or up to 10 pounds) in weight – adolescent crabs are too small to be caught by the traps – and their elongated legs are covered in sharp spikes. The trap is then tossed back into the water, minus the crabs destined for the plate. Most crabbing excursions make stops at two or three different nurseries, checking each trap for a catch, before returning to shore.

In bad weather, which is always a possibility in this part of the world, Méndez doesn’t take any chances and the boat doesn’t go out. She checks the weather, and if it’s risky, she’ll bring the crabs in early. Guests can still pick the crab they’d like to eat (they’re kept on the beach in a canoe filled with sea water) and still partake in the unforgettable cooking process and dining experience.

The Pleasure of Simple Comforts

Entering the cozy wooden cabin, with its wood-burning stove, fishing equipment and a handful of tables, is like receiving a warm embrace. Before sitting down to the feast, Méndez and Carrera invite their visitors to join them in the kitchen to watch the preparation of the crabs. Each one retains its distinctive flavor because the process – first boiling for a few minutes, then cooling by dunking in cold water – calls for using only fresh sea water, not water from the faucet. Guests can then pull up a seat at the table for drinks and a starter dish of another catch of the day, which often includes plump, giant mussels. When the crab arrives, everyone is ready to crack it open with eager hands. 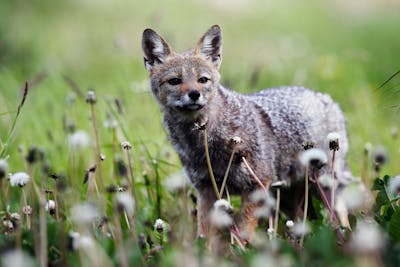 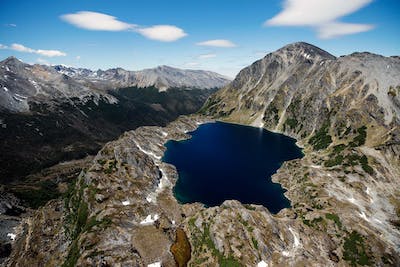 Cruise to the End of the World: Exploring Ushuaia’s Remarkable Landscape

When it comes to her unpretentious space, Méndez says, “I don’t consider it a restaurant. It’s simple and humble, with a few tables and our personal things and fishing equipment.” The homey atmosphere, with its chatter and good cheer, makes guests immediately feel like a member of the family. Visitors, Méndez says, “call it warm and full of magic. The magic of the end of the world.”