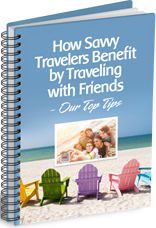 Covering the arms, legs, and backs of many Polynesian men and women, tattoos are not only a way to express yourself in the South Seas, but are also deeply spiritual, meaningful markings that are believed to bring luck, strength, and guidance. Once considered to be a social symbol, tattoos often marked the passage of time – depicting everything from the sacred union of marriage to an act of bravery during battle. If you look closely, the intertwining designs start to unravel to reveal the wearer’s own life story.

Tattoo comes from the Polynesian word tatau, which means to hit repeatedly. Ancient islanders concocted a mixture of charcoal and sap, creating a dark colored ink. Then, wielding a mallet against a crude bone needle started a trend which lives on today in the modern tattoo parlors of the South Pacific.

Over the millennia tattoos have held a special place in Polynesian culture. They evolved to tell the story of the Great Migration that settled the islands of Oceania. When tattooed Maori adventurers set out in their canoes to settle each island chain, they set up kingdoms, created their own cultures, and codified intricate sets of symbols unique to their island state. While each island’s art form is unique, the Marquesas Islands enjoy the reputation of having Oceania’s most distinctive tattoos.

The 1600s brought a wave of European explorers and a rash of sailors, who inked up and literally transported tattoos to the European continent. When missionaries arrived to colonize the islands in the late 1700s, they banned the practice of tattooing. The art form was reborn in the 1980s and brought the celebrity of the Polynesian tattoo to the world stage. Now the ancient symbols of the Islands can be found on bodies the world over.

THE LANGUAGE OF TATTOOS

You can get the hang of speaking tattoo if you put your mind to it. The Maori culture is dominated by legends of warriors, native superstitions, seafaring travels, and spirituality. Each of these categories has a myriad of icons, which convey the local folklore. Islanders use images of tikis, shark’s teeth, and orcas to symbolize protection. Talismans for prosperity include images of fish and coconut flowers. Spiritual connection and divine energy are displayed with birds, waves, and Marquesan Crosses. The symbols act as totems, bringers of luck to the wearer. The more broad and relevant the subject is to Polynesian culture the more symbols there are to use.

If you are a tattoo lover, Tahiti is a world-class destination for getting inked. Polynesian tattoo artists are renowned as magicians who weave ancient symbols into masterpieces of body art. The key to success will be finding the right artist. To start designing a personal tattoo, you’ll want to select a few basic symbols that hold significance for you. Taking your lead, a talented virtuoso of ink will design a pattern centered around your totems, fill in the details of your life story, and create a work of art which symbolizes your family, loves, and all the things which you hold dear.

BODY PLACEMENT AND ITS MEANING

Body language is everything. Where a Polynesian tattoo is placed reveals a lot about the wearer. An image on the head or face represents intuitive spirituality or wisdom. On the upper arms and shoulders, a tattoo denotes bravery. Legs signify transformation or moving forward while a tattoo on the torso is meant to convey sincerity, generosity and honor.

Traditionally, Polynesian legacy held that women be tattooed only on the hands, legs, and feet.

Nowadays it’s not unusual for a woman to sport a warrior’s armband, but there are also some decidedly feminine options available when selecting a tattoo. A little ring of tiaré flowers dancing around an anklebone represents grace, beauty, and sensuality. Or, a hibiscus flower perched between the shoulders signals feminine passion.

A Tahitian tattoo isn’t just a marking on the skin. It is about family and history. When asked why tattoos are so important to Tahitians, Mihimana references his father. “My father told me [a tattoo] is like your personality. It is like your name…this is your story.”

The tattoos that cover Mihimana’s body reflect just that. Simply by asking him about his tattoos, one quickly learns that family and ancestry are extremely important to him, that the sea turtle holds great significance to his family (protection while fishing in the ocean), and that he holds many interests (including dancing).